Almost 80 people signed up for this February 22 Encore Network event, featuring Paul Irving, Chairman of the Milken Institute Center for the Future of Aging and Jan Hively, co-founder of the Pass it on Network.

The ”Power of Purposeful Aging and Longevity Across Cultures” webinar explored the Center for the Future of Aging’s work on global population aging and presented highlights from the Center’s new report, Power of Purposeful Aging. This report summarizes themes, findings and vision from the 2016 Purposeful Aging Summit – a gathering of thought leaders from public policy, business, academia, philanthropy, and media. It was produced by the Milken Institute Center for the Future of Aging, which works to improve lives and strengthen societies by promoting healthy, productive and purposeful aging. 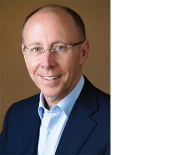 Paul Irving serves as the chairman of the Milken Institute Center on the Future of Aging. He is also a distinguished scholar in residence at the USC Davis School of Gerontology. He previously served as the Milken Institute’s president, an advanced leadership fellow at Harvard University, and chairman and CEO of Manatt, Phelps & Phillips, a law and consulting firm. Author of “The Upside of Aging: How Long Life Is Changing the World of Health, Work, Innovation, Policy, and Purpose,” a Wall Street Journal expert panelist and contributor to the Huffington Post, PBS Next Avenue and Forbes, Irving also serves as a director of East West Bancorp, as vice chair of Encore.org and on advisory boards of USC Davis, the Global Coalition on Aging, Stanford University’s Distinguished Careers Institute, WorkingNation, Berkeley-AGE, and the Bipartisan Policy Center. PBS Next Avenue named Irving an “Influencer” for his exceptional contributions to the field of aging, and he was honored with the Janet L. Witkin Humanitarian Award by Affordable Living for the Aging.

Jan Hively is an “encore entrepreneur,” an international consultant, and co-founder of the Pass it On Network. After a career in city and schools planning and administration, she earned her Ph.D. in 2001 at age 69; her dissertation focused on “Productive Aging in Rural Minnesota.” Since then, she has advanced positive, productive aging. She has connected people, ideas and resources. Dr. Hively is the co-founder of several thriving networks including, the Vital Aging Network, ArtSage Minnesota, and the SHiFT Network. In 2006 she was recognized as a Purpose Prize fellow by Encore.org. She is a nationally and internationally recognized presenter and consultant for programs that engage older adult leadership and support positive, productive aging.